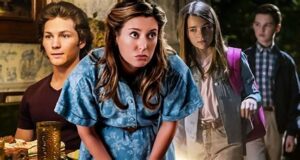 In the final stretch of its current run, Young Sheldon season 5 takes a final mini-break and when it returns, it will release its last two episodes.

With only two episodes left, Young Sheldon season 5 is taking a final mini-hiatus. The Big Bang Theory spin-off is on the final stretch of its current year, with 20 episodes released. However, just as it started wrapping up its season 5 plotlines, Young Sheldon is going on another brief break.

The last few weeks have been hectic for Sheldon (Iain Armitage) and his family. After dealing with the re-emergence of Paige (McKenna Grace) in Young Sheldon, the Coopers are currently tackling Georgie’s (Montana Jordan) situation after he accidentally got his girlfriend pregnant. Now that everyone in the household knows about it, there’s interest as to how things pan out for the clan, especially since Mandy (Emily Osment) refuses to get married to Georgie just because they’re expecting a baby.

It’s Chief Justice Roberts’ Court, but does he still lead?